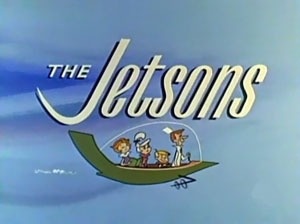 Meet George Jetson. He will impact your portfolio.

One of my favorite cartoons growing up was “The Jetsons.” Did you know that this futuristic show premiered 60 years ago, in 1962? It was set 100 years in the future, in the year 2062, when the family patriarch, George Jetson, was 40 years old. So, per the storyline, that would make 2022 the year of his birth.

Why is a fictitious, space-age fantasy cartoon from my youth relevant for investors today? Because as it turns out, many of the technologies featured in that show have become current realities, while others are on the cusp of becoming so.

Consider the products that The Jetsons show imagined, which have become a formidable part of our present landscape, helping to drive our economy forward:

Video Calls - This technology has become commonplace and was an important aspect (for better or worse) of keeping both commerce and education going during the recent pandemic.

Robots - For years now, robotics has played a significant role in industry, medicine, science, space exploration, construction, and food packaging, and, like Rosie, can even clean your house.

Flying Cars - Vertical takeoff and landing (VTOL) aircraft have existed for years and are starting to become viable for commercial use.

Drones - These have been around for years with widespread military adoption, and commercial application is now imminent.

3D Printed Food - what futuristic show would be complete without meals fabricated in an instant? They are now available.

The “PillCam” - This technology has been used for capsule endoscopy for over a decade.

Jetpacks - No longer a thing of the future, jet packs are here today and in use for military and search & rescue.

Now consider that during your investing lifespan to this point, you’ve seen and probably experienced prolonged periods of advance driven by technological innovation, called “bull markets.” From time-to-time, they get interrupted by periods of contraction, called “bear markets.” What powers us through a bear market to the next bull cycle is the reality that we live in a capitalistic society that never rests and never ceases to create new technological innovations that advance and spark the next phase of growth. This growth then funnels down to investors and fuels returns. So aside from newer technologies that we are presently benefit from, here are newer ones that seem to be poised to impact our economy for generations to come:

Clean Atomic Energy -﻿ The Jetsons envisioned a world where cars and everyday appliances would be powered by atomic energy. Scientists have recently achieved a breakthrough in harnessing nuclear fusion, which could hold the key to providing clean energy in the future.

Artificial Intelligence - We already see AI operating as it forms the foundation of computer learning, but we also see it daily in our smart devices, cars, and healthcare. It will continue to grow and impact both industry and our personal lives in ways yet unimagined.

Virtual Reality (or Metaverse) - The next iteration of the internet promises to combine our physical and digital lives seamlessly. A McKinsey analysis suggests it could generate up to $5 trillion in economic impact by 2030—about the size of the world’s third-largest economy (Japan).

Brain-Computer Interface (BCI) - The applications for a neural-control interface between mind and machine have profound implications in fields like medicine, deep sea/space exploration, education, and security.

With technology changing so rapidly, the world of The Jetsons looks a lot less futuristic than it once did. As a society, we are on the precipice of realizing even more significant potential than the show even imagined! Capitalism is indeed the mechanism that turns science fiction dreams and visions into reality, and propels future returns to investors in the form of new products, new companies, and even new industries, into orbit!

The investment managers we work with constantly study public companies to determine if their promising technologies could one day grow into the type of company George Jetson worked for — “Spacely Space Sprockets, Inc.” whose innovation could power your lifestyle, and portfolio, in the years to come. So, strap yourself in for the ride, remain focused on your long-term goals, and know that these kinds of companies are already in your diversified portfolio, with more being added every day, to benefit your future.