The S&P 500 Hits BEAR Territory. Here's advice from one expert.

Mark Hulbert is a well-known columnist for MarketWatch. The article he posted on June 14th is too good to not share. Please read it and ask yourself if you are a contrarian, a shrewd one at that?

At Henry Wealth Management, we're here to help, and that might mean helping you to invest some of your excess cash reserves. 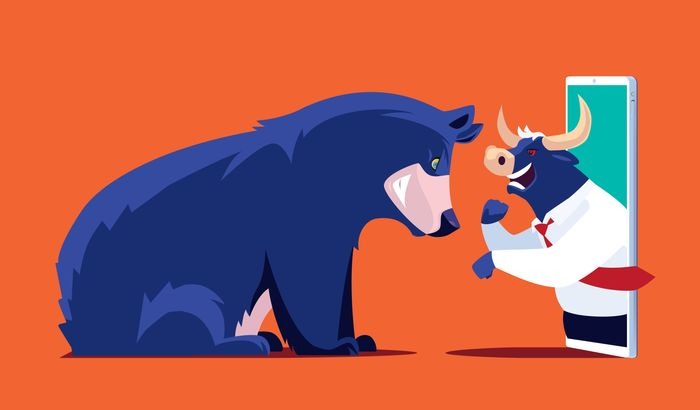 You’re not interested? That just means you only talk the talk about being a contrarian investor, but don’t walk the walk. Now’s your chance to buy when the blood is running in the streets, as that famous contrarian Nathan Rothschild once said.

If you were eager to buy stocks at the beginning of the year, when the S&P 500 SPX,  was 20% higher, why aren’t you even more eager now?

To help you live up to your contrarian bona fides, I analyzed how you would have done if, in every bear market since World War II, you bought stocks on the day the S&P 500 closes below the 20% loss threshold. Sometimes that day came near the end of the bear market, and in other cases the market continued falling before eventually turning up. But on average you would have done very well.

And you wouldn’t have had to wait that long to do so. Over the 12 months following your buys, your average total return would have been 22.7%. That’s more than double the stock market’s long-term average, as you can see from this chart. 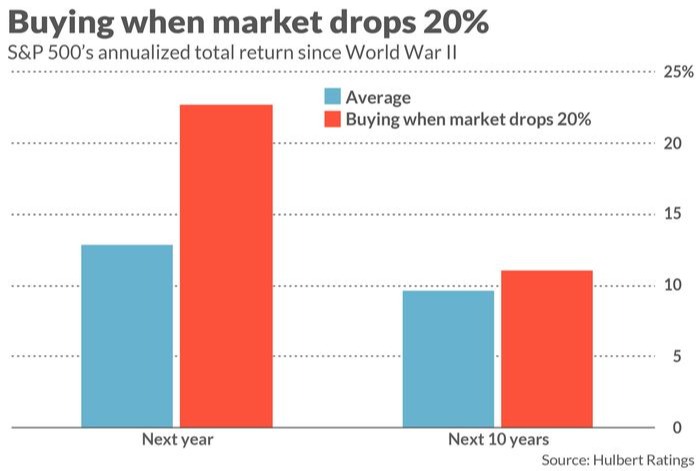 It’s important to acknowledge that this 22.7% is an average, and it didn’t work out this well in each individual case. In two of the 12 major declines since World War II in which the S&P 500 fell by more than 20%, you would have been sitting on a loss 12 months subsequent to buying on the day the 20% loss threshold was violated. But even in those two cases, you eventually came out ahead—it just took longer than a year.

In any case, notice that this means that in 10 of the 12 cases since World War II you were sitting on a profit in a year’s time. Those aren’t terrible odds.

You might object that “this time is different,” arguing that stocks are entering a longer and more severe bear market than any that’s been experienced since World War II. In recent days I’ve received numerous emails from a number of you with this very argument, but contrarians tend to put a positive spin on such an outpouring of negativity. I wasn’t receiving such apocalyptic emails at the market high in January.

So long as you believe that the stock market will eventually go back up and surpass its January highs, however, purchases made now will show a bigger profit, and sooner, than the market itself.

Seabreeze Partners’ Doug Kass is one of the few true contrarians among the advisers I regularly monitor. In his email to clients the day after the S&P 500 violated the 20% loss threshold, he wrote that the “panic of the last few days has resulted in the emergence of some great long term opportunities with rich and favorable upside reward vs. downside risk ratios… While fortunes have been lost in 2022, fortunes may be made by those that are dispassionate and selectively buy today.”

Mark Hulbert is a regular contributor to MarketWatch. His Hulbert Ratings tracks investment newsletters that pay a flat fee to be audited. He can be reached at mark@hulbertratings.com.